The CRTC Can’t Lower Your Cell Phone Bill, But It Can Help. Here’s How. 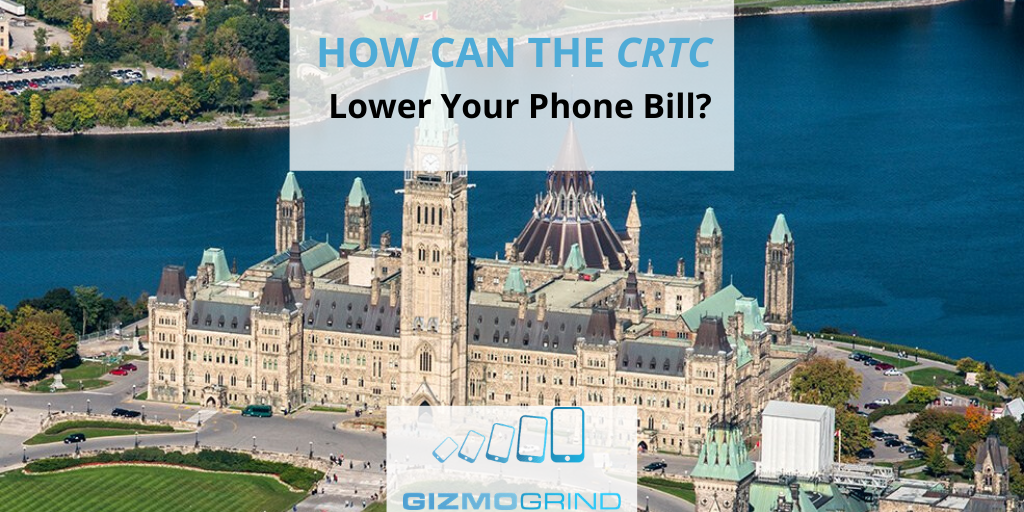 You’ve tried everything, but no matter what you do, your cell phone bill remains insanely expensive. That’s the plight of most Canadians who don’t live in a province with a viable third-party competitor. The fact is that Canada is the most expensive country in the world when it comes to high-speed mobile data. Even the government of Canada thinks so, according to a 2017 study they conducted of international mobile phone markets. So what can the CRTC do about it?

The sad fact is that the CRTC can’t lower your cell phone bill. This arm’s-length government commission was never meant to be a market interferer. Instead, it’s a regulator that aims to make sure there’s fair competition between the providers. In plain speak, that means they exist to help the big telecoms play nice with each other. The CRTC doesn’t really care about you.

Paying over a hundred dollars a month is something you’re used to by this point. This is what most Canadians who live in Ontario, Alberta, BC, and the Maritimes deal with every month. You’ve probably heard a few reasons for these high bills. And many of the common excuses seem to make sense. These include:

These excuses for our overpriced cell phone service fall flat when compared to other countries with similar geography and population. Take Russia, for example.

The Russian Federation covers 11 time zones, most of it uninhabited wilderness with severe winter weather for half the year. Yet Russia maintains a surprisingly modern and fast mobile network countrywide, and prices are low.

Another good example is Australia, with a smaller population than Canada and rugged, sparsely-populated terrain. Yet Australia manages to build infrastructure and provide excellent high-speed service at affordable rates.

So why is Canada so expensive?

The short answer is an oligopoly.

You heard that right.

Canada’s big three telcos have a stranglehold on the market, and they are artificially inflating prices. Rogers, Bell, and Telus began offering $60 “unlimited data” plans in late 2018. Crowds lined up to snag the deal. Then eight months later, they raised the prices to $70 and reduced the plan from “unlimited” to 10 GB. There was no reason to do this, except to gouge their customers.

Rogers, Telus, and Bell spent decades positioning their control over the market. So much so that when Globalive, Wind Mobile’s parent company, tried to enter the market, the Big Three lobbied the CRTC to block their license and not grant them spectrum. Today Wind is gone, replaced by Shaw’s Freedom Mobile brand and falling behind in quality and service.

All that remains is the same entrenched oligopoly and its inflated prices.

Another reason our bills are higher than anywhere else in the world is thanks to government policy. You see, the government has done very little to interfere in the mobile technology marketplace. The CRTC has made a few behind-the-scenes tweaks here and there, such as introducing the Wireless Code, but most of it is window dressing. Until the government actually addresses the issue of an oligopoly, nothing much will change.

The Wireless Code of Conduct

Wait a minute! Didn’t the CRTC release the Wireless Code of Conduct way back in 2013? Wasn’t that supposed to lower prices?

The actual answer is the Wireless Code didn’t lower prices and was never meant to. It’s a code of conduct for the telecom companies to play by. However, the Wireless Code is meant to make owning a cell phone in Canada friendlier for consumers. Let’s take a look:

Of course, there are many more points included in the Wireless Code, but those are a few of the big ones which most directly impact you as a consumer. What the Wireless Code doesn’t do is address the oligopoly or pricing in Canada. That’s because those things are not in the CRTC’s mandate.

What the CRTC Cannot Do

For starters, the CRTC is not a board of complaints. That means if you have an argument with your provider about your bill, the CRTC can’t help you. For most service-related complaints, you need first to contact your provider. If, after trying to resolve the issue with them, you’re still not satisfied, you can submit a complaint to the Commission for Complaints for Telecom-television Services (CCTS).

The CCTS consists of representatives from all of the telecom companies in Canada and operates independently of the CRTC.

This means that the CRTC won’t help you settle disputes, fix your bill, or force the Big Three to change their prices.

Wouldn’t it be wonderful if the government could simply write a stern letter to Rogers, Bell, and Telus, forcing them to change their pricing? For better or worse, things don’t work that way in a free market. Any attempt by the CRTC to do so would wind up in court. This means you shouldn’t hold your breath waiting for the CRTC to step in with Canada’s high prices.

Likewise, the CRTC can’t do anything about your cell phone bill. They don’t care about billing issues and have no legal jurisdiction there. Instead, take your concerns to the CCTS, but only after trying to resolve the issue with your carrier.

Another action the CRTC cannot take is to settle disputes you have with your provider. Because let’s face it, when you’re paying $100 a month, you expect quality service. But you don’t always get that.  Annoyances such as roaming charges and overages can feel like you’re getting nickel-and-dimed. However, this isn’t an issue the CRTC handles.

Here’s What the CRTC Can Do

It’s the news you secretly dreaded. The CRTC won’t directly help you get your phone bill down. But be patient, because there are major structural changes that the CRTC can make behind the scenes that will eventually reduce your phone bill.

And you know what?

So far, it’s working. According to the CRTC’s 2019 “Communications Monitoring Report,” cell phone prices in Canada have dropped 28-percent since 2016. In fact, it’s cheaper today to get a big data package than it was in 2015!

A lot of that has to do with market regulation by the CRTC, such as making it easier for smaller carriers to get in and changing the rules for spectrum auctions. So let’s see what else the CRTC can do to help bring down prices.

Let’s face it, starting up a cell phone company in Canada is a massively complicated and expensive venture. Any new player is up against strong incumbents who spent years building their networks. Wind Mobile ran into this problem right from the start. Then there are all the issues of regulation and red tape. And as we move towards 5G technology, things will only become more complicated.

One way the CRTC can encourage new players is to lower barriers to the market. They can reduce the red tape, or even force the incumbents to share their networks for a limited period of time.

Change How spectrum gets awarded

Did you know that every mobile service provider has to buy the spectrum they use? It’s true! If that sounds weird, it’s because it is.

But it works like this: every electronic signal gets broadcast in electromagnetic waves, called spectrum. AM and FM radio stations need to buy their spectrum, usually in the sub-100 megahertz (MHz) range. Mobile providers buy spectrum around the 400 MHz to 500 MHz range for 4G speeds. And beginning in 2020, a new 600 MHz spectrum, or 5G, will be up for sale from the federal government.

However, right now, companies buy spectrum in an auction. There are seven blocks of spectrum available across 16 regions in Canada. Companies like to own several blocks of spectrum so that if your cell signal drops, a second block is there to take over as a backup. The problem with this is that these blocks are expensive, and the Big Three tend to buy as much as possible in the auction. This leaves smaller or newer companies picking up a lower-quality spectrum or none at all. And with 5G up for grabs, you can bet that Rogers, Bell, and Telus will be putting everything into grabbing as much 600 MHz spectrum they can.

One thing the CRTC can do is change the way this works. They could portion spectrum fairly across all players, or create some sort of rotating spectrum scheme. That would reduce the grip the oligopoly has on the market.

Work with the carriers

Finally, the CRTC could simply offer a carrot and stick type of regulation by working with the carriers. For instance, they could offer spectrum incentives in exchange for lower prices. Likewise, the CRTC could threaten legal action over every tiny infraction if a carrier acts in bad faith. In many ways, working with the carriers to find solutions to the high prices is the best chance we have of seeing prices come down.

Will We See Prices Come Down Anytime Soon?

So the question remains: will your cell phone bill come down anytime soon?

If you’re on a contract, then you won’t be getting a lower bill until your contract is over. But the next time you go shopping for a new contract, you might be surprised to see prices are a little lower. The finite tuning that the CRTC does behind the scenes is paying off in some ways.

But there’s a caveat.

One thing that drives the price of your bill is your phone subsidy. And with phones becoming more expensive every year, your bill goes up. So while the cost of data may be falling, the cost of phone ownership is going up. And this is something neither the CRTC nor the Big Three have any control over.

Which is why buying a refurbished phone makes great financial sense. Ultimately, if you want to have a cheaper phone bill, buy your phone outright. You can do this by selling your old phone yourself or to us, and buying yourself a nice previously-owned device.

Then sit back and enjoy your off-contract cell phone service as the prices come down!