How Long Do iPads Last Before It’s Time to Upgrade? 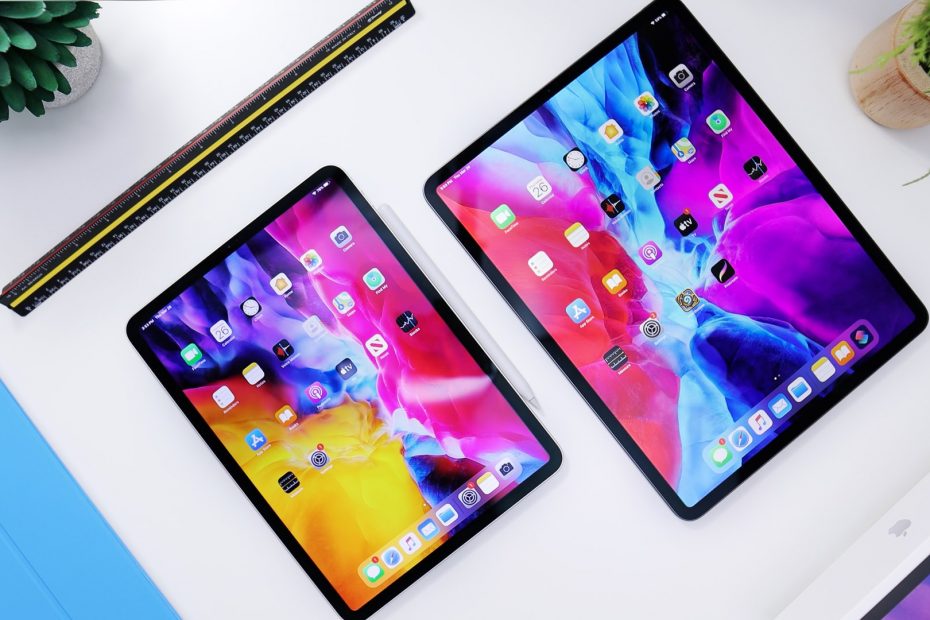 From being a handy laptop alternative for professionals to serving as portable TVs for kids, iPads have something to offer everyone. But just like any device with a battery, the lifespan of an iPad is limited.

So, how long do iPads last before it’s time to upgrade? This is the question we’ll be answering in this blog post! We’ll also be giving you tips on how to extend your device’s lifespan and the warning signs that an iPad needs to be replaced.

How Long Do iPads Typically Last?

There is no one definitive answer when it comes to an iPad’s average lifespan. An analysis in 2018 says that the average lifespan of Apple devices (including iPads) is over 4 years. However, this number is only an average. It does not consider how each individual uses their iPad among other Apple devices.

An iPad’s lifespan depends on many factors, with OS support and use case at the top of the list. To get a more accurate picture, we’ll be crunching the numbers based on these two factors alongside analyzing real-world examples.

How Long Do iPads Last Based On iPadOS Support?

As of May 2022, these are the only iPad models that have stopped getting software updates from Apple:

Save for the 1st generation iPad and iPad mini models, these models were supported for roughly 5-6 years.

Surprisingly, iPad Air 2 (released in 2014) can still run the latest iPadOS 15, launched this 2022. This means that it has gotten software updates for over eight years now, and succeeding iPads will likely be supported as long.

We can say that if you buy a new iPad today (2022), it might still get software updates in 2028— which is pretty impressive.

Then again, looking at software support only gives us a ballpark figure; it’s not the whole picture. Before we determine an iPad’s lifespan based on its use case, let’s look at actual iPad owners’ answers to the question: How long do iPads last?

We’ve found many people online whose iPad served their purpose way beyond the 4-year average lifespan.

In 2019, a technology consultant said his 1st generation iPad that had never been repaired was still reliable. He states that “an iPad will last indefinitely; the only [reason] to buy a new one is the need to run new software that won’t run on the old one.“

An anonymous user in the same Quora thread shares that they’ve been using their iPad 2 for nine years and that iPads are worth it but relays some caveats:

Another user’s iPad was also going strong after nine years and many instances of being dropped and sat on.

A handful of people in this Reddit thread can also attest to other iPad models’ longevity and versatility. An iPad Pro 2016 owner shares that his device was still a “beast” in 2021

We only found one person who stopped using their iPad after precisely four years— the given average lifespan. Their main reason? Discontinued OS support:

The last real-world review will be coming from my own experience. Though there are noticeable speed and app compatibility issues, I can still message people and watch Netflix shows with our 1st generation iPad mini (released in 2012).

How Long do iPads Last Based on Use Case?

How long iPads last largely depends on the tasks you use them for.

Suppose you only use your iPad for leisurely activities like browsing the web or watching videos. In that case, you can expect it to last longer or even “indefinitely” (as one user in the Reddit thread stated.)

But if you rely on it for work and need the latest app updates, you may need to upgrade earlier for practical reasons.

Of course, you can expect people who just want to get the latest iPad model to upgrade the soonest.

With that, the GizmoGrind team came up with this table answering how long iPads last based on daily use case:

How Long Does an iPad Battery Last?

Another important factor in answering the question: How long do iPads last? is determining how long its battery life will last.

The average lifespan of an iPad battery is about two to four years; at two years, you might notice iPad battery life

You can check your iPad’s battery health in the Settings app under Battery. If you see that your “Maximum Capacity” is below 80%, then your battery is starting to wear out, and you might want to start saving up for a new one. You can get your iPad batteries replaced at an Apple service center.

How to Extend iPad Useability

There are many things you can do to help extend the lifespan of your iPad and make sure it is always working its best. Below are some of the most effective ones:

Signs You Need a New iPad

Even if you take good care of your iPad, there will come a time when it needs to be replaced. Below are some signs that it’s time for a new iPad:

Apple releases new versions of iPadOS regularly, and each update includes bug fixes and security improvements. If your iPad has an outdated iPadOS, it may not have access to the latest features and performance enhancements.

If you are a power user who needs to get the most out of your iPad’s features, holding onto an outdated iPad might not be worth it anymore.

Have you ever been in the middle of a task on your iPad, only to have it crash or start lagging? It’s frustrating, and it can be a real waste of time.

Sometimes it’s just a matter of restarting the app or closing out some other apps running in the background. But then it could also be because apps designed for newer versions of iOS aren’t running as smoothly on your iPad.

Constantly dealing with crashed apps and performance issues might signify that your iPad is due for an upgrade.

As new apps are released, older and unsupported iPads may not be able to run them. This is because app developers are always working to take advantage of the latest features in iOS. So if you’re finding that there are many apps that you can’t use, your iPad might just be a costly paperweight at this point.

iPads are all screen, so any damage to the display can be a big problem. A cracked, scratched, or otherwise damaged screen makes using your iPad a challenge.

Similarly, an unresponsive iPad touchscreen makes it nearly impossible to use. In this case, you’d be better off replacing it.

Dead Pixels and Other Display Issues

Dead pixels are black or white dots that appear on the screen and are a common sign that your device’s display is failing. Other symptoms of a failing display include discoloration, dim screen, flickering, and lines or streaks across the screen.

If your iPad’s display shows any of these signs, it’s probably time to upgrade. After all, the display makes up more than half of an iPad!

What To Do With Your Old iPad

So what to do with your well-loved iPad now? Instead of leaving it lying around, we recommend you sell, donate or trade it in.

You can check how much it’s worth with us here! We’ll pay you top dollar for your iPad, so you can use the money to save up for a new unit!

2 thoughts on “How Long Do iPads Last Before It’s Time to Upgrade?”