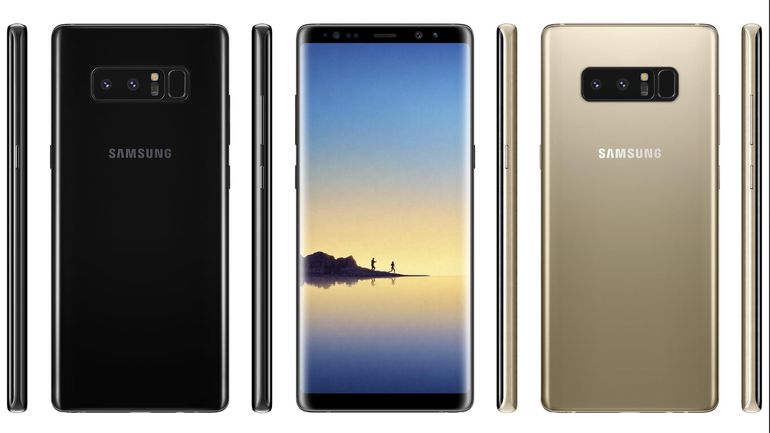 Those who are feeling left out after hearing the news of the iPhone 8, then I’ve got news for you. The new Samsung Galaxy Note 8 which is expected to be released sometime in August has been unveiled and it has plenty of features that will leave Android lovers breathless and anxious in anticipation.

If rumours are to be believed, then the device will be launching on August 23. Another thing to note (see what I did there?) will be the price point which much like its competitor, will be around the $1000 mark. Possible features per sources include things such as:

This new phone which is set to hit stores sometime in September will be Samsung’s most expensive phone yet and as stated above, contains a variety of new features that set it apart from other Android devices. I’ve compiled a chart down below which compares the new Note 8 to the previous Note 7.

Looking at the chart above you can see that the Note 8 is comparatively better and packed with more features except for one thing you might not have noticed; the battery. Yes, if rumours are to be believed, then the battery on the new Note 8 will be smaller than the one on the Note 7 which might leave some fans very unhappy.

After all, one of the main reason we upgrade our phones is due to poor battery life. However, after the many unfortunate incidents involving exploding Samsung devices, I’m sure this is more of a safety concern with Samsung, by playing it safe they don’t want to risk another incident like the ones involved with the Note 7.

Besides the battery which might leave consumers a little confused, the thumbprint scanner is another thing which many seem to be unhappy about. If the rumours and leaked pictures are to be believed, then the Note 8 will feature its fingerprint scanner on the backside of the phone, right beside the camera.

Although the gap between the two has been fixed so that they’re not directly beside each other, pictures show that the scanner is still on the back of the phone. I did a little bit of research to find that many people were struggling with this new feature. Some claim that they would try and unlock their phone but would end up missing the scanner and smudging the camera lens instead. Not only is that super irritating but now you also must clean the camera lens.

Also, if you’re someone like me who uses their phone constantly, then unlocking this will be an issue for you. The design itself seems a little impractical, considering many smartphones on the market, have their fingerprint scanners on the front screen. While there are those who are disappointed by these rumours, we’ll have to wait and see until the phone releases before making any judgements. Personally, this would be turn off for me when considering a new phone. Just the thought of having to turn your phone every time you want to access it seems annoying and impractical.

Something to counteract the dismay of many, Samsung will include an improved iris scanner. If you’re not paranoid of big brother than this may be more convenient than unlocking with the fingerprint sensor. Ya, win some ya loose some!

Overall the improvements on the new Note 8 seem incredible and something worth checking out if you’re an Android user. The biggest change will be the edge to edge 6.3in infinity display. Wow! The phone will officially be released on August 23, and will likely hit stores sometime early September.

It’s going to be over $1000 CAD so before you rush to the store, wait for Aug 23rd for the official release for details. Also, keep in mind our trade in prices for previous models like the Galaxy S7, S7 edge and S6 will be dropping soon after the launch so get your trade in offers locked in before that!