5 Ways Your Phone is Harmful at Night 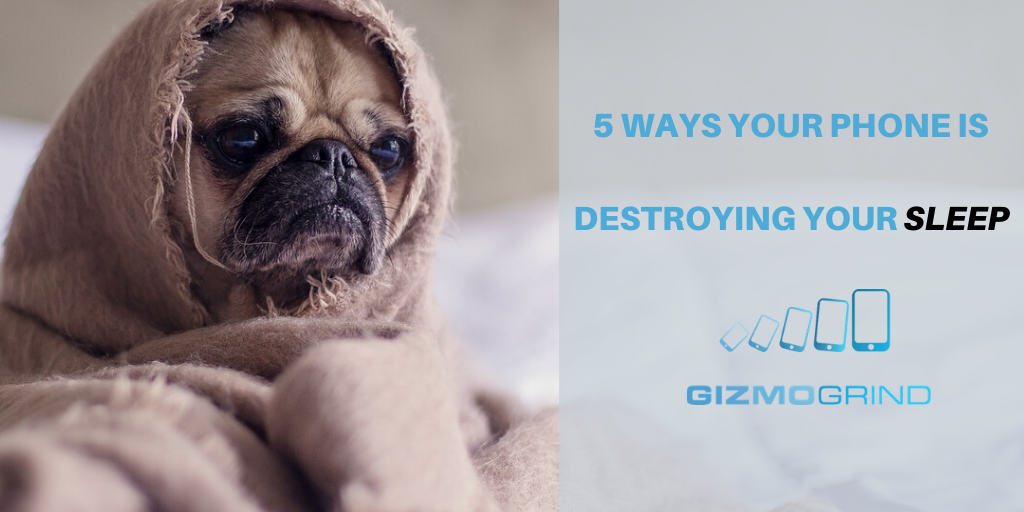 They keep us entertained with videos and apps, help us connect with our friends and family members, and even make it easier to track down repair stores when our tech goes haywire.

We’ve gotten so used to being glued to our smartphones that our reliance on these devices could be having a negative impact on our health because phone is harmful. If you’re one of the millions of people today that has problems with insomnia or damaged sleep, then your smartphone could be the cause.

A big reason for the nighttime phone habit is anxiety. We escape into our devices to avoid the common nighttime flurry of negative thoughts that can keep us up. This is deceiving since one issue of anxious feelings at night now turns into two problems a negative phone habit + anxious feelings. You haven’t solved your initial problem with your phone, on the contrary, you form a dependency on your device at night making your initial anxiety well up inside. Eventually, like a dam bursting from overpressure, the phone will not be enough to hide the anxiety at night and your left to deal with two separate and more pronounced issues.

Research shows that everything from the blue-white light emitted from your smartphone to the endless Instagram and Twitter alerts you get every night are keeping you awake.

Since sleep deprivation can lead to everything from an increased risk of depression to a greater chance of long-term ailments like heart disease, it’s about time we all took a closer look at the issues that emerge from taking your phone to bed with you.

Here are just some of the ways your phone is harmful to you at night.

Let’s start with probably the best-known problem caused by smartphone exposure at night.

Blue light can immediately penetrate your photoreceptors (the light receptors in your eyes) and tell the brain that it’s time to wake up. A study from the Lighting Research Center in 2013 found blue light from tablets and phone screens suppresses melatonin. For those who don’t know, melatonin is the hormone responsible for regulating your sleep-wake cycle. Without your regular dose of melatonin, your body gets confused, and your nervous system can’t determine when it’s time to sleep or wake up.

I like to picture early human lifestyles. Humans don’t have the best night vision so we probably spent our waking hours in the day time. I can’t help but think that being bathed in sun during our waking hours and then having no blue light at night whatsoever had a major evolutionary effect on humans. Maybe those who evolved an internal clock that told them its time to go somewhere safe and rest when nightfall came, survived predators and hazards that we couldn’t see. Maybe their genes were more likely to be replicated given their longer life?

Some good news: the whole macular degeneration from blue light is more common folklore rather than fact. The data is not solid and studies that claim this are heavily criticized for their process.

If you really can’t cope with the idea of not taking your phone into the bedroom with you at night, you can at least use dark mode on iOS, or download an app that switches your blue light out for warmer orange lights instead.

2.  Smartphones are Designed to Keep You Awake Smartphones are designed to make people more productive and efficient in their day-to-day lives. Your phone isn’t just a tool for communication anymore. As you trade your old phones in and upgrade to new, more impressive models, you’ll unlock everything from organization tools to task management apps and more.

When you’re using your phone at night, you’re exposing yourself to a tool that’s intended to keep your mind engaged and your brain active. The more you check your phone, the more you stimulate your brain with activity. Even watching a video keeps you homed in on a screen rather than allowing you to drift off to sleep.

Although a smartphone’s blue light isn’t ideal for sleep, the things a person can do on a smartphone are even more likely to keep us awake. According to this survey conducted by Mattress Advisor, the respondents who didn’t use the apps on their phones before bed were the only ones who rated their sleep at a perfect quality of five out of five.

On the other hand, people who watched YouTube on their phones had the lowest quality of sleep, and they also suffered from a below-average level of nightly sleep. Any app on your phone that’s intended to capture your interest and keep you active isn’t going to be conducive to a good night’s sleep.

Even if you’re not actively looking at or using your phone at night, having it in your bedroom while you sleep increases your chances of being disrupted. While you can put your phone on your bedside table and snuggle up ready for slumber, every alert or notification you get from apps, other people, and social media boost your chances of being woken up during the night.

Interestingly, seeing things on social media that spark an emotional response can also delay your REM sleep – the kind of sleep that’s crucial for brain and body repair. A study conducted by the Cleveland Clinic indicates that seeing something that makes you happy or sad before you fall asleep creates activity in the amygdala – the part of the brain that processes emotions – that keeps you feeling wide awake and affects you into your sleep. Here’s a nice guide on how to have better sleep hygiene.

While during the day, your phone makes your life easier and supports a better experience with entertainment and information, during the night, it actually has an adverse effect. Phones are designed to prompt your response, either in the form of social media content that encourages you to think about something or in the form of a notification. In fact, phones have become so good at alerting us during the night that some people even have issues with “sleep texting”.

If you ever visited a doctor to ask about your issues with sleep, they would probably tell you that you need to work on something called your “sleep hygiene”. Having good sleep hygiene doesn’t just mean regularly changing your sheets or taking a shower before bed. It’s about creating an environment that’s conducive to a good night’s rest.

While there are a lot of things that you can do to improve your sleep hygiene, like investing in a good mattress or blocking out external lights and sounds when you’re in your bedroom, one of the most important steps involves creating a sleep routine. This basically means that you go to bed at the same time every night, and you hopefully wake up at a similar time each morning. Unfortunately, sticking to that kind of routine isn’t always easy – particularly when there are so many distractions in your life to keep you awake.

Just like your television screen or a good book, staring at your phone screen increases the chances that you’ll stay up for much longer than you mean to. When you’re busy on your phone, you can easily lose track of time, making it harder to stick to your routine. If you want to make sure that you’re drifting off to sleep at the same time each night, and waking up feeling refreshed, then it’s best to keep your phone out of your bedroom completely.

5.    Phone Radiation Could Be Bad for Your Health

Finally, this issue associated with nighttime phone usage is still wrapped in controversy. Despite dozens of studies and reports over the years, we’re not sure exactly how dangerous it really is to sleep next to your phone. Some people fully believe that having their phone tucked under their cushions each night is dangerous. After all, there are forms of radiation that come from any kind of technology that we need to be aware of.

According to the US Government’s program for National Toxicology, the radiofrequency radiation from a phone can lead to negative biological effects after constant exposure. In plain language, the rats that were exposed to constant radio waves, similar to the ones you get on your phone, showed some evidence of tumors and an increased risk of cancer. The $30 million study concluded that there could be some “low risk” involved in keeping your phone connected or close to your head at all times.

While using your phone normally in a day-to-day environment probably won’t cause much of a problem, sleeping next to your phone each night could increase your risk of overexposure to radiation. A UK study conducted in 2018 backs up this idea, showing that rates of glioblastoma – a kind of brain cancer – increased by more than double between the years of 1994 and 2015. The study believes that this result could be linked in part to increased phone usage.

The research available into phone usage and its impact on an increased risk of cancer is still very limited at this point. Many researchers still believe that the information that we have is far too basic to conclusively say whether sleeping next to a phone is dangerous or not. However, it is worth noting that there are other dangers associated with sleeping next to your phone that have nothing to do with cancer or tumors.

For instance, if there’s a problem with the battery in your old smartphone and you’re charging it under your pillow at night, you could risk the system overheating and causing burns or even a fire. Numerous studies have highlighted the dangers of leaving a phone on charge next to your bedding. While most phones won’t overheat to the point of causing a fire, any device with mechanical issues could easily cause problems when left unattended.

Keep Your Phone Out of the Bedroom Ultimately, there are a lot of problems involved in taking your phone with you to bed each night. Whether you’re worried about a potentially increased risk of tumors or you want to make sure that you get a good night’s rest without distractions, it’s best to keep your phone out of the bedroom.

Today, it’s all too easy to feel glued to our technology, mainly as we invest in more impressive and feature-rich phones each year. The latest features on your iPhone, combined with endless apps to keep you entertained and connected throughout all hours of the night can make you feel like you just can’t put your device down. Some younger generations remain glued to their phones because they’re worried that putting them down for just a moment could mean that they miss out on something important. FOMO is a genuine issue for the modern marketplace.

The good news? You can start overcoming your addiction to your phone.

Switch your phone’s alarm system with an actual alarm clock you can use to wake you up in the morning and wait until you get downstairs to check your phone. Avoid taking your phone with you to bed or turn it off to get rid of those pesky distractions. Even something simple, like using an app to eliminate blue light at night, could transform your sleeping routine and improve your health.