Apple vs Samsung: Which is Better? 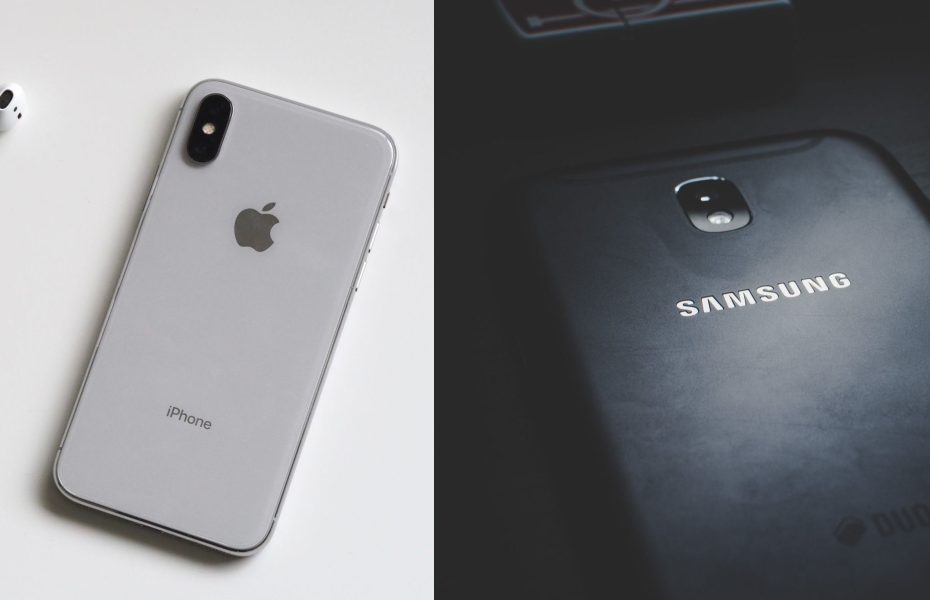 Which company is bigger?

Apple and Samsung are two big brands and rivals at the same time. But which is bigger? To help you understand which is superior this piece compares several things. Let’s get down to the nitty-gritty of the Apple vs Samsung.

When did they launch?

How Samsung and Apple compare and coexist

As mentioned earlier, both are huge brands, but Apple has a vast book value no corporation has ever seen. After trading with Exxon Mobil Corp, Apple share price ballooned while that of Exxon Mobil’s dropped, giving the former a huge advantage, of about $200 billion. Currently, the gaps between Apple and the next big rival is greater than the market capitalization, of all roughly 15 corporations across the globe.

Samsung, on the other hand, has huge muscles that dwarf everything in its way. It is estimated it is responsible for 1/6 of South Korea’s gross domestic product. Today Samsung is one of the biggest moneymakers around the world.

Today Samsung focuses on gaming systems, LED lights, TVs, flat panels, phones, and more. It does control some logistical certainty in a way that Apple does not.

In South Korea, Samsung is the king. Much of Samsung’s success may be attributed to the acquisition of thriving companies and its investment in various areas such as consumer electronics, displays, phones, memory, and semiconductors.

As you can see, about half of Samsung’s revenue comes from the mobile segment but account for under a quarter of Samsung’s operating profits. This figure is reversed when it comes to Samsung’s semiconductors.

Considering the semiconductor industry is presently in the midst of a horrid downturn, the above results could be significantly undervaluing the position of memory chips to Samsung’s overall fortunes. For example, in the second quarter of 2018, semiconductor prices were booming, and the semiconductor sector contributed up to 78% of Samsung’s operating profit.

Hence, Samsung’s profits are closely tied to the recurring NAND and DRAM flash markets, which are subject to busts and booms than they are to smartphones. For that reason, Samsung earns a lower valuation multiple than Apple. While Apple’s hardware, particularly the iPhone, is subject to its own cycles, they are not nearly as severe as Samsung’s semiconductor business.

When it comes to product design, research, marketing, and integration, apple leaves nothing to chance. It makes sure all its products work well with each other, thus giving it a competitive edge. Roughly three-quarters of Apple’s revenue comes from the iPhone lineup.

Apple does outsource hardware component production and assembly. This helps it bloats margins and boosts stocks, AAP, and it is, for this reason, it grows at an amazing pace. Unlike most companies, Apple does not race to be first. It let other players spend time on innovation and early development before pouncing and refining everything.

Apple is more of a consumer brand and ecosystem. What helps it stand out from the crowd is its growing services divisions. Its services (Apple Music, Apple Care, iCloud, and commissions from the app store), grow by about 13% every year. Not forgetting there is nearly 420 million recurring paid subscriptions within that revenue base.

As subscriptions and services grow as a percentage of Apple’s overall revenue base, the company could start to reap a higher multiple in the market.

See the table below.

Samsung and Apple have battled in courtrooms not once where Samsung has been accused of patent infringement. Apple fired the first salvo in April 2011 when it accused Samsung of its design of smartphones and tablets. By August the same year, there were 19 ongoing Apple vs Samsung cases in nine different countries.

By mid-2012 the number of cases had jumped to more than four dozen with each company demanding dollars in damages. Between 2012 and 2015, each had won multiple decisions against the other in disputed rulings in different countries.

While these two giants have battled in courtrooms over the years, it good to note they have a lucrative and symbiotic relationship. For example, Apple buys some parts for its mobile devices from Samsung. Specifically, Samsung manufactures most of the A4 and A5 processors found in Apple’s mobile devices.

If we compare Apple and Samsung based on how much each sells rather than their collective market muscles, then Samsung is the king. As of May 2020, Samsung had a market capitalization of roughly $260 billion, which is barely a quarter the size of Apple’s. In 2019 Samsung sold $260 billion of phones, tablets, and related devices while Apple sold $188 billion. Keep in mind that Samsung has three divisions (consumer electronics, device “solutions,” and IT/mobile.) that give it a competitive edge.

Apple makes most of its money from its MacBooks and iPhones than anything else with the phones outsell the laptops. But the massive margin for its laptops makes the race more or less a wash. On the other hand, Samsung mobile phones are responsible for 45% of the company’s earnings. This gives it an edge when it comes to the market share for mobile phones. Today, other Samsung’s departments, such as semiconductors have started to account for its greater portion of its profits.

Despite the two rivals having battled in the courtrooms for years, both companies have continued to put life-changing electronics in the hands of hundreds of millions. Each can survive without the other, and based on their ability to innovate, they will continue to put a smile in the lives of its consumers many years to come.