Can An iPad Be Used as a Phone? [The Ultimate Guide] 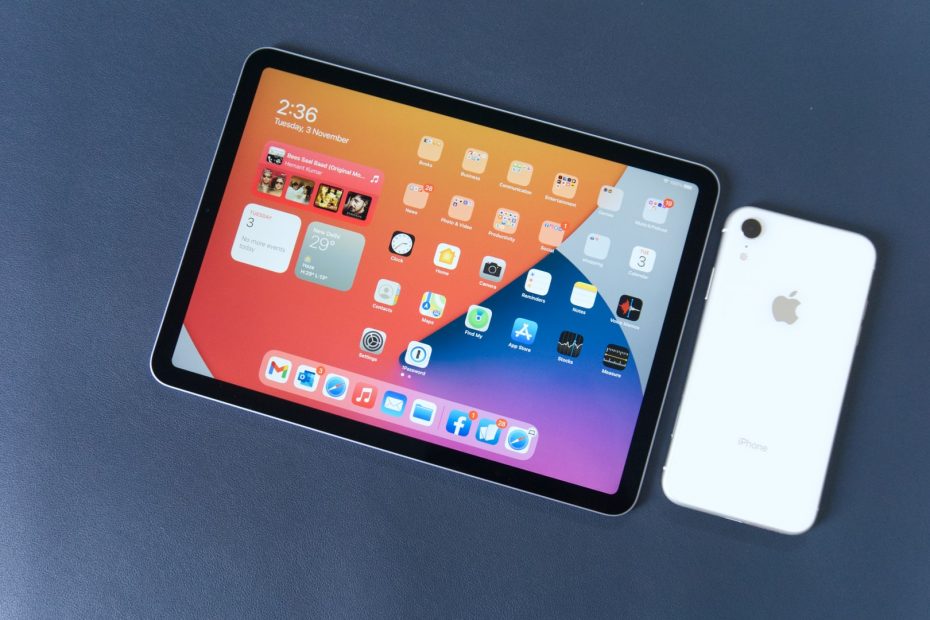 With lighter and more powerful models on the market, it’s no surprise that many people wonder if their iPad can replace their phones.

After all, it nearly has the same features as an iPhone, just on a larger screen. And while it’s not quite as pocket-friendly, the iPad can quickly be slipped into a bag.

So, can an iPad be used as a phone? Today, we’ll answer this question and explore all aspects of using an iPad as a phone. Ultimately, we’ll help you decide whether it’s worth making the switch!

Can An iPad Be Used as A Phone?

The short answer is: yes, it is possible, but it won’t be easy for everyone.

Suppose you only use a smartphone for entertainment, social media, internet browsing, drawing, and viewing files. In that case, an iPad can serve as a replacement for your phone.

You may even find it more efficient to ditch a second and smaller device and use only an iPad for these activities—as was the case for the following people:

But for someone who constantly needs to call & text people online or access certain apps right from your pocket, you might need to make drastic adjustments. A case in point is the user below:

There are many things to keep in mind before switching to using our iPad as your phone / primary device. Below is a guide through the most important ones.

How to Use iPad As a Phone

So, how can an iPad be used as a phone?

For starters, it would be much easier if you have a lighter iPad model such as the iPad Mini or the iPad Air to carry around like you would a phone. Then, to get the full smartphone experience, you will most likely have to do the following:

If you’re having a hard time picturing how all of this will work, here’s a Youtube video from Mac Address entitled “I tried using an iPad Mini as a phone” to help.

Though the points in the video don’t apply to all iPads, it still effectively depicts what you can expect if you plan on using your iPad as a phone.

Calling On An iPad

The biggest hurdle with using an iPad as a phone is obtaining cellular service. To date, iPads are not equipped to support cellular phone service, but only cellular data transmission ( for Wifi + Cellular models). Thus, we need to go deeper into the solution to this problem.

There are essentially three ways you can take and make calls using your iPad, which we’ll be discussing below:

FaceTime, Apple’s native video and audio call app, is the easiest way to call someone on your iPad. But then, we all know calling using Facetime only works when calling another Apple device.

So, this is where other iPad-compatible apps that offer audio and video calling features come in. The top ones include Facebook Messenger, Skype, and Viber, which almost everyone is familiar with. Sadly, Whatsapp isn’t compatible with iPadOS yet.

But even with the myriad of messaging apps out there, availability is a big problem since you’ll have to wait for people to be online. And, of course, you’ll always need to have an internet connection to connect with anyone in these apps.

Forward Calls On Your iPhone to Your iPad

You can receive calls from your iPhone to your iPad, given it’s nearby and both devices are connected to Wi Fi network. Follow these steps to set it up:

Similarly, you can tap Wi-Fi Calling and turn on Add Wi-Fi Calling for Other Devices. This will allow your iPad to make and take calls even though your iPhone isn’t nearby.

Lastly— for people who need to make and receive actual phone calls— innovative call & text apps are your best bet. Yes, you read that right— these apps allow you to call or text any mobile number regardless of their carrier as long as you’re connected to the internet.

Talkatone via Google Voice is the most popular free texting and calling app, with over 10 million installs. The app provides each user with a new phone number + unlimited free calls and texts to anyone in the US or Canada.

Freetone is another great option for this. It provides users with a legit US or Canada phone number they can use to call or text anyone, including landline, mobile, or even other Freetone users. It works almost the same as Talkatone, except that you can earn credits in Freetone by watching ads.

Advantages of Using an iPad as A Phone

Now that we discussed the many ways you can turn your iPad into a phone, it’s time to weigh its pros and cons to help you decide if it’s going to work for you.

First, let’s talk about the advantages of using an iPad as a phone:

Disadvantages of Using an iPad As A Phone

Should You Use an iPad as A Phone?

All things considered, can an iPad be used as a phone? Yes. Will it work for everyone? Probably not as you can expect a handful of workarounds and sacrifices. Again, it depends on your needs and lifestyle.

But if you’re willing to give it a try, you now have this helpful guide + plenty of apps out there to help you turn your iPad into a fully functional phone!