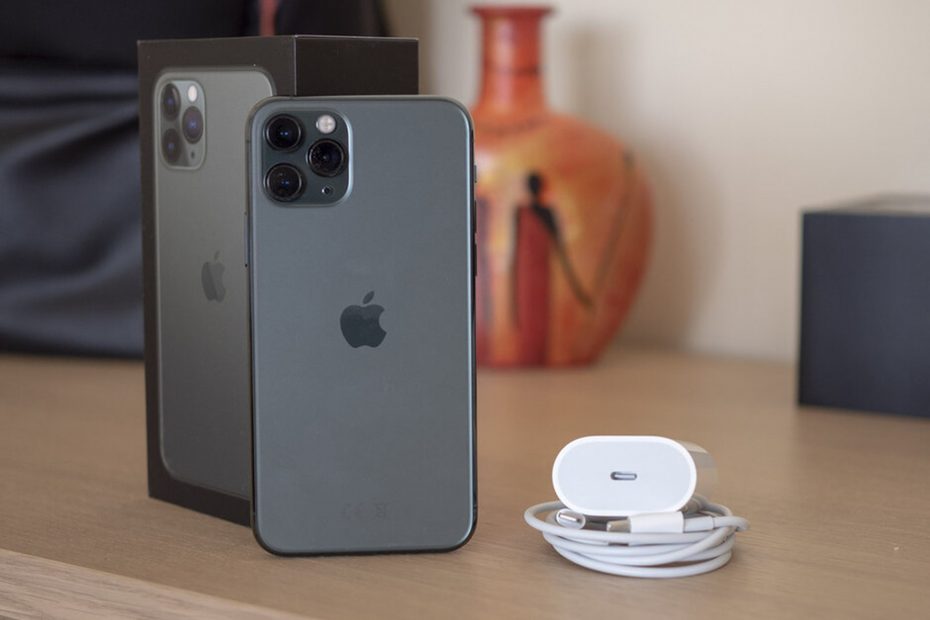 As much as you might love your iPhone, you’ll know that it does have the occasional flaw. One of the most common complaints, for instance, is the lack of battery life. Gradually, the battery life of iPhones has increased, but it’s still incredibly easy to run out of power after a few hours of gaming or video streaming.

When that happens, you need a reliable charger to get your Apple product back up and running. Unfortunately, finding an Apple fast charger is easier said than done. More often than not, the standard charger that comes with your iPhone actually isn’t the product you should be using if you want to power your device as fast as possible.

So, are you using the wrong apple charger?

The Rise of the Apple Fast Charger

Here’s a graph from 9 to 5 Mac to put it into perspective.

Here’s how the iPhone 12 measures up:

However, while the size of the battery and it’s potential has increased, Apple haven’t done much to increase the speed with which you can charge your device. It wasn’t until the iPhone 8 that Apple introduced a new 18 watt charger to increase the performance of the charge time on your phone.

The updated apple fast charger cable and plug means that you can get your iPhone X, iPhone 8, iPhone 11, and the SE to around 50% charge in 30 minutes of charging. The only problem? It’s only the iPhone 11 Pro that comes with the iPhone fast charger actually bundled in the box.

Every other iPhone, including the recent SE, comes with the older 5 watt charger instead.

Fortunately, there are plenty of ways to update your charger and cable. The Apple store has a full list of approved chargers from third-party partners like Morphie and Native Union. Plus, you can check out some of the lightning charger options from marketplaces like Amazon too.

One point to remember before you start searching for an Apple fast charger, however, is that only some phones will be able to use this feature. Currently, the iPhones that work with a fast charger function are:

If you only have a 5 watt charger with your iPhone and it’s not one of the devices that supports fast charging functionality, you’ll have to look for alternative ways to speed up the charging process. For instance, stay away from wireless charging (as it’s usually the slowest way to charge your device).

Additionally, consider turning your phone into Airplane mode while it’s charging. The radio frequencies and displays do take up a lot of power. Switching into airplane mode will mean that you’re not draining your battery as it charges.

If you’ve checked the list of Apple fast charger adapter compatible phones and discovered that your device isn’t on it, you might be wondering why you can’t just plug a new cable in and get the same results. Ultimately, it’s because the battery in your older Apple phone isn’t compatible with the new apple charger technology. All batteries create power in essentially the same way, like so:

Cells with two electrodes (one negative and one positive) and electrolytes create reactions to convert compounds into new substances. As time passes, atoms with too many (or too few) electrons drive a flow of electrons into the negative outer terminal of the battery, supplying the phone with a charge.

For an Apple fast charger, the USB technology used to charge the battery is USB power delivery – only available through USB-C connections. This is a much more flexible and efficient option for charging that optimizes the way that your phone manages electric charge. Upgrading to a USB PD connection means you can achieve better reaction speeds in the battery than you’d get with the old Apple charger cable and connector.

The standard 5W charger that comes with every iPhone other than the 11 Pro, just isn’t capable of fast charging. It’s a suitable Apple charger cable, and it can basically recharge your device, but it can’t juice anything with significant speed. That’s why things like your Apple iPad charger, or your Mac charger will come with larger charging blocks capable of more wattage.

Pro tip: If you have a higher-wattage charger for your Apple iPad or notebook that works with your phone you can use it. Using other Apple USB power adapters on your iPhone is completely safe, and your phone won’t take any extra charge beyond what it needs, so you know the battery won’t be damaged by charging this way. Even Apple approves this charging method:

How Does an Apple Fast Charger for iPhone Work?

So, how is it that an Apple fast charger is so much more efficient and effective than an old Apple charger? The team behind the iPhone says that the Apple fast charger adapter will refill up to half of your device’s battery in just 30 minutes. That means that if you’re every in a hurry, you don’t have to sit around waiting for your phone to power up.

At the same time, third-party partners are working with Apple to create alternative chargers that offer even faster results, and more convenient designs. You can even get an Apple charger pad that’s designed to deliver a faster charge wirelessly.

The Apple fast charger technology is a massive upgrade to the previous 5 watt option which used to be the only option for iPhone users. The maximum output you could get from these chargers was always only 5 watts. Even though some iPhones could handle up to 12 watts of power at a time, they were still getting less than half of that.

In 2017, Tim Cook announced a new Apple charger to help power the iPhone 8 and later models more effectively. These devices work because they can deliver a higher level of amperage and voltage to your phone. Any charger made with an Apple 18w to 96w power adapter and a lighting cable should be able to deliver fast charge. It’ll look something like this:

What Are Your Options for Apple Fast Charging?

As iPhone hardware and accessories continues to improve, the possibilities in terms of charging technology are sure to evolve. Already, you can get your hands on Apple charger cable products and Apple charger pad options for wireless charging on the Apple store. However, only the iPhone 11 Pro comes with an Apple fast charger as standard so far. Beyond buying an iPhone 11 Pro for yourself, the only thing you can do is buy a plug and lighting cable separately with your phone.

There are a ton of compatible Apple charger products out there – just make sure that you’re buying one that is approved to work with an Apple device. The most common options include:

The easiest (and safest) way to access fast charging functionality for your enabled Apple device is to buy a cable and plug directly from Apple. Since you won’t get this product with your phone unless you have the iPhone 11 Pro, it is an extra expense that you’ll have to handle on top of your device.

The typical technology used with fast-charging cables is USB-C, but iPhones don’t come with a USB—C port, which means that you need to get a Lightning cable adapter instead. Buying such a cable directly from Apple means that they’re guaranteed to work. You can also choose a 1 or 2 meter option depending on your requirements.

To make your fast-charging system work, you’ll need a special charging block too, with an 18-watt power level at minimum. You’re also going to need a USB-C port on the charging block, rather than the standard USB-A port. These two ports might look the same, but they actually support a faster charging function.

As mentioned above, if you already have a MacBook or an iPad, you might already have an adapter that can handle fast charging. Many Macbooks after 2015 come with a USB-C charging block. Remember, Apple has confirmed that it’s safe to use the higher watt versions of the charging blocks too, as your phone won’t draw more power than it needs.

Usually, the easiest way to make sure that you’re getting a reliable solution for your Apple charging problems, is to go to Apple themselves. You can get an Apple fast charge for iPhone from the website, as well as the charging plug too.

The biggest problem with sticking with Apple, is that the technology can be a little expensive. Apple aren’t known for delivering budget products, and that applies to accessories like wireless apple charger and traditional charger products too.

Sometimes, you can save money by choosing an approved lightning cable and Apple charger from a third-party instead. The most important thing to remember when you’re looking at third-party choices, is that not all of these devices are fully approved for use with your Apple phone. Unless you can ensure that your product has been made for iPhone, you’re taking a risk.

Stick to devices that are part of the MFi program – approved by Apple. The MFi program sticker means that the device was created for iPhone, and tested with Apple products to ensure that everything works according to plan:

Other points to keep in mind when using a third-party device include:

Other Options for Apple Fast Charge

If you’re tired of dealing with the stress of cables and lightning enabled plugs entirely, there’s only one real alternative to consider: a wireless charger. Wireless apple charger options can be an appealing choice for people who want to simply place their phone on a pad or surface without plugging anything in. Unfortunately, it’s worth remembering that your options regarding speed are limited with wireless chargers.

The NFC technology available to support wireless charging for your Apple device is growing more advanced all of the time. It’s possible to get an Apple charger pad that can recharge your products pretty quickly. You can even get devices that charge your phone, tablet, and earbuds at the same time. However, none of these items are going to be quite as fast as a lightning apple charger.

So, can you get a wireless fast charger from Apple? Well, you can look for chargers that are a little faster than the other alternatives on the market – but that’s about it. The standard wireless apple charger today can accomplish an average wattage of around 7.5 watts. Charging support may well improve over time with iOS updates and new hardware, but for now, your wireless devices will always bee slower than wired options.

Ultimately, if your Apple iPhone is capable of fast charge functionality, and you’re still using an old Apple charger, you’re missing out. An older charger won’t harm your phone in any way, but it will mean that you need to wait around for longer to get your phone back to full charge.

Switching to the right Apple fast charging voltage and technology means that you can power your products in no time. While you’re at it, remember to improve your charging process by:

If no matter what you do, you still can’t get the fast charge you want because your iPhone isn’t capable of charging faster, you’re out of luck. In that case, your only option is to wait until you get a newer version of the iPhone. Maybe its about time you considered trading your old device in for something new?