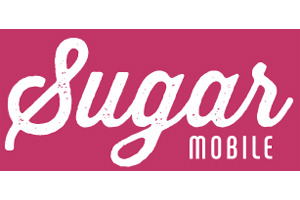 We’re all for saving on your phone bill at GizmoGrind, so I’ve been itching to do a review on Sugar Mobile for mobile review. Let’s dive in and see what we get for $19 a month. The thing is, Sugar Mobile has had its ups and downs and faced some criticism, like the continuous feed of negative rants on HowardForums. Still, I couldn’t help but try it out myself.

$19 a month for unlimited calls and texts in US and Canada. On top of that, you get 400MB of Data. WOW! Hold up, let’s analyze this offer and see what its pros and cons are.

Sugar Mobile is an MVNO in telecom lingo, which is Mobile Virtual Network Operator. VoIP technology, baby! You’ll need Wi-Fi for most of the time, but you have a data allowance for calling and surfing the web when you’re not in Wi-Fi range. More on that in a bit. They claim Wi-Fi is pervasive enough, rendering a traditional wireless service unnecessary, except for short moments of being out and about!

We all know how the Big Three in Canada get excited about the competition and usually don’t play nice. Their typical M.O. is to run their rivals to the ground as soon as they emerge. Let’s name and shame: Rogers, one of the big three, is actively working on limiting Sugar Mobile’s influence. So far, Sugar Mobile has managed to fend off its attackers and has secured a temporary relief.

Their website directs you to Shoppers Drug Mart for a Starter Kit which includes a SIM card and a 30-day plan for $29. This gives you the standard unlimited Wi-Fi calling and 400MB of data (you use the data for calling and texts when you’re out of Wi-Fi range). Unfortunately, finding the starter kit proved to be an impossible task.! I looked in 3 different Shoppers stores in Toronto with no luck; none of them had the starter kit.

I gave up and ordered it online which was simple enough, with fast delivery.

Popped it open and broke off the size SIM card I needed for my phone. I tested it with an S6 Edge Plus.

Next, I logged on their website, activated the SIM, chose a number, and downloaded the app. Pretty straightforward. About a 5-minute process or less.

Thoughts After Two Weeks of Use

Just as good as that of a TELUS line I use. I live downtown so I had no problem with reception or dropped calls. Yet! I did have some troubles getting online, but they’ve worked it out now.

Technically you can use the non-Wi-Fi data, but I wouldn’t recommend it. The 3G connection you get is fast enough, but it defeats the purpose. If you’re out of Wi-Fi range, it’s best that you forget about most of the Internet activities. You’ll burn through those 400MB faster than you can add it, especially if you stream videos. The only affordable way to use the data allowance is for your social media and email syncing, calling and texting. I’ve learned that the hard way blazing through the 400MB included in the starter kit and crunching up another 500MB a week later for an additional $19.

The idea here is you keep the data for calling and texting when not in Wifi Range.

It gets the job done. All calls and texts go through the app which takes some getting used to. I wish I could make calls on my native Samsung phone app.

I’d recommend Sugar Mobile if you’re not a heavy phone user, and spend a lot of time in Wi-Fi range. Essentially, Sugar Mobile gets you a local number, access to their VOIP network, and just enough non-Wi-Fi data to make your calls on the go. It’s minimalist at its core with tremendous savings opportunities for many Canadians at the lower end of data usage.

If you’re out and about, make tons of calls, and require access to the Internet at all times, I guess it could work, and I’d say it doesn’t hurt to try it. However, it would not be my first choice, especially if you often find yourself out of Wi-Fi range or consume monstrous amounts of data.

If Sugar can survive the Rogers onslaught, I’m sure many people will find creative ways to use their services and get away with paying next to nothing. One step in the right direction for certain! It just so happens that Canadians in the lowest usage bracket, the one Sugar Mobile is targeting, pay the highest rates in the world. Don’t expect the Big Three to take this lying on their back, though.

Update: Sugar Mobile has been shut down by Rogers and the CRTC. No update on any recourse taken by Sugar Mobile. I guess i called it 🙁